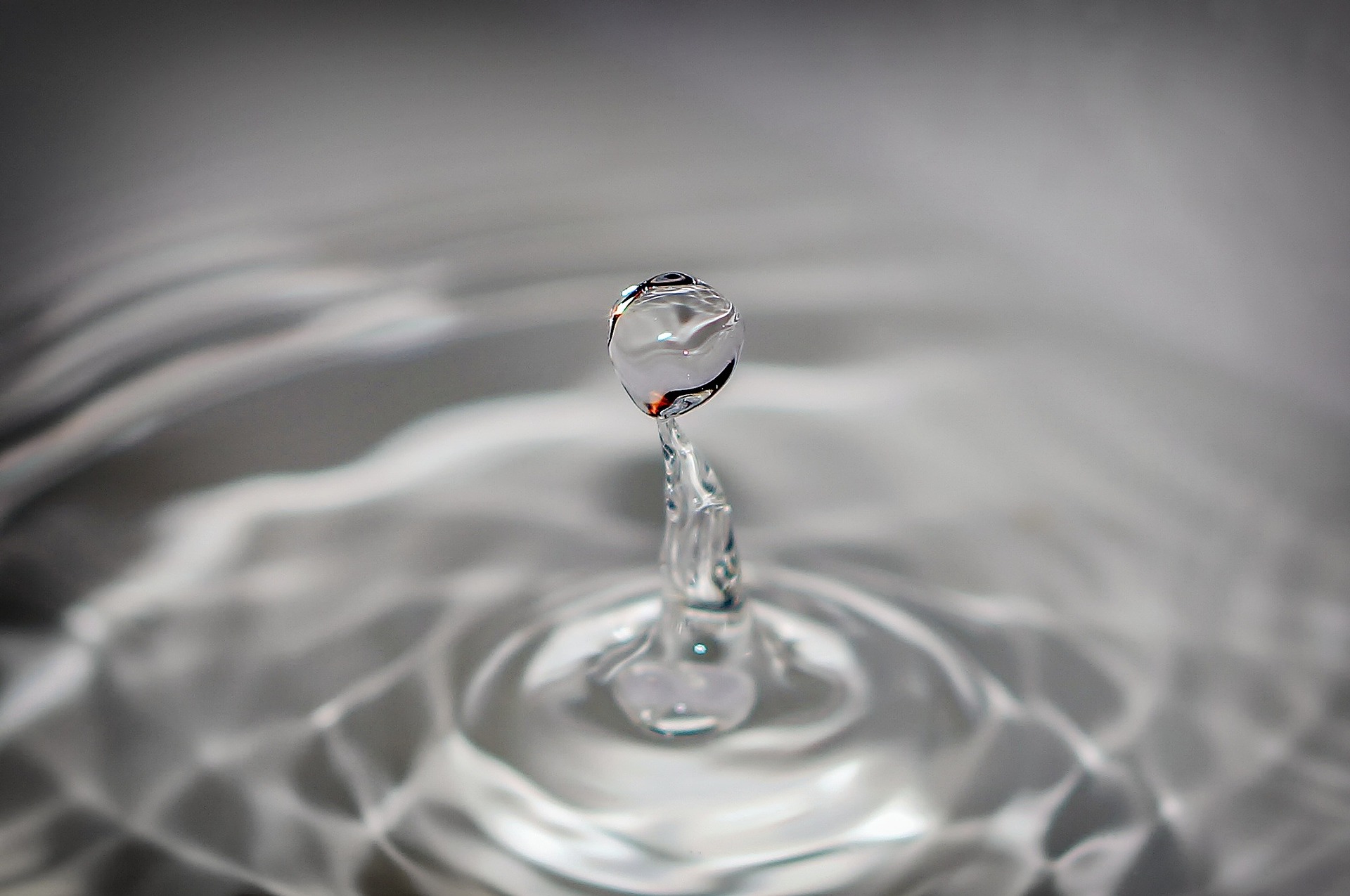 "What remains to been seen is whether falling gasoline prices will provide any relief for the U.S. auto industry."

There has been a large drop in the price of gasoline since August which is forcing American economists to revise their growth and inflation forecasts for the next few quarters. The price decline could bolster consumer spending by $100 billion and help to compensate for the wealth losses now occurring in the housing market. There has already been a noticeable uptick in surveys of consumer confidence after several months of decline.

The decline in gasoline prices will also come as a relief to the Federal Reserve. Energy has an 8.7% weighting in the CPI and will decline by nearly 6.0% in September as well as a further 2.5-3.5% in October. The total CPI could therefore decline in both months. The Fed’s problem is that the core inflation is still showing signs of moving higher. The core inflation rate rose at a 2.8% annual rate during August. There was an inflation rate of 0.5-1.0% for core goods and 3.0-3.5% for core services. The core rate, excluding rents, is about 2.5%. As the Fed has been emphasizing changes in the core CPI and core PCE deflator, it cannot regard falling energy prices as a reason to lessen its caution about inflation risks.

What remains to been seen is whether falling gasoline prices will provide any relief for the U.S. auto industry. The auto industry recently announced that it plans to cut output by 15% at an annual rate during the fourth quarter or by an amount equal to 0.5% of GDP. The U.S. auto companies have suffered from a slump in demand for sport utility vehicles and pick-up trucks as a result of high gasoline prices. If consumers perceive that the price decline of gasoline is going to be sustainable, it could boost demand for domestic autos.

After gasoline prices, the major drag on the U.S. economy this year has been the housing market. There has been broad based weakness in home sales and housing starts. In August, housing starts declined to 1.665 million or a level 20% less than one year ago. Existing home sales fell to 6.3 million or a level 12.6% less than one year ago. New home sales rose 4.1% in August but are still 17.4% below their level one year ago. The median price of existing homes sold in August also declined 1.7% from one year ago. This was the first year over year price decline since April, 1995. Since the start of 2005, the inventory of unsold new homes has climbed by 27% while the inventory of unsold existing homes is up by 79%. The futures market for house prices at the Chicago Mercantile Exchange is forecasting that house prices will decline further during 2007 in all ten cities for which there are contracts. The Merc contracts are projecting a 6.7% decline in the national house price composite with declines of 8.2% in Miami, 7.6% in San Diego, 7.5% in Las Vegas, 7.0% in Washington D.C. and 6.5% in Boston.

As a result of the large stock of unsold homes, housing starts are likely to drop another 15% to 1.45 million units by early 2007. Since the residential construction share of GDP was 6.2% during 2005, the housing downturn will reduce real GDP by nearly 2.0% from peak to trough. The housing downturn will also have spillover effects on employment in other sectors, such as furniture, real estate sales, and mortgage lending. Wall Street economists estimate that a third of all employment growth since 2002 has been driven directly or indirectly by the housing boom. The slump occurring in housing prices is also going to dampen the ability of households to borrow against rising real estate prices. The capital gains in housing last year were worth $550 billion compared to $400 billion in 2004 and over $300 billion in 2003. Americans have extracted considerable cash from their homes through home equity loans and refinancing cash outs. This mortgage equity withdrawal totaled $430 billion in 2005. Realized capital gains on housing have fallen sharply this year. Mortgage equity withdrawal slowed to $144 billion during the second quarter – one third of the pace during 2005. There is some concern that rising interest rates and falling home prices could produce an upsurge of defaults on mortgage loans. Household debt has increased to 134% of personal income from 100% in 2000 and 70% in 1986. But official data show that delinquency rates on real estate loans are only about 1.5% compared to 2.0% five years ago and 3.3% during the recession of 1991. The delinquency rate on sub-prime mortgage loans has increased to 7.6% from 4.9% one year ago but is still below the 8-9% range which occurred five years ago. As interest rates on variable rate loans increase during the year ahead, the delinquency rate could increase further, but the credit spreads on sub-prime loans are still only slightly higher today than they were one year ago. As a result of hedge fund demand for high yield paper, the financial markets are not yet signaling any major concern about the quality of mortgage loans.

The value of America’s residential real estate stock has increased from $10 trillion in 1999 to $22 trillion during the second quarter of 2006. Employment growth since the expansion began in late 2001 has been only 0.6% per annum or the lowest of any post war business cycle. Real wage and salary growth was therefore only 2.2% compared to 3.7% during the expansion of the 1990’s. It was the strength of the housing market which allowed American consumers to sustain consumption growth in excess of income growth and reduce their savings rate to a negative 1.0% earlier this year. With housing inflation coming to an end, there will be a sustained reduction in mortgage equity withdrawals, which should set the stage for an improvement in the savings rate and weakness in consumer spending. The great controversy among forecasters is how rapidly this adjustment will occur. The pessimists believe consumer spending could decline to a growth rate of 1-2% during the first half of 2007 while the optimists think steady growth of personal income will sustain consumption growth at a higher level.

There are varying interpretations of why employment cost measures are diverging so sharply. The employment cost index is calculated using fixed weights for employment reflecting occupational patterns in 2002. As American industry has been exporting many low wage jobs to other countries, it is possible that the ECI could be systematically underestimating the increase in wage costs for those positions that employers do not want to fill. The average hourly earnings data is limited to non-supervisory and production workers in the private sector. It leaves out many of the highly skilled and better paid members of the workforce who are in the strongest position to obtain pay increases when the labor market is tight. Neither the ECI nor average hourly earnings include bonuses, sales commissions, or special perks such as stock options. As the stock market has been rising during the past year, the value of stock options has increased and explains some of the large compensation gains during the first half of 2006. The fact that wage and salary growth slowed sharply during August provides further confirmation that special factors were bolstering compensation during early 2006.

The U.S. economy has experienced 10 recessions since 1945 and been in a downturn 14% of the time. Since 1982, there have been only 2 shallow recessions and they accounted for only 6% of the period. The decline in macroeconomic volatility has resulted from the impact of globalization on inflation and monetary policy. During Alan Greenspan’s tenure as Fed Chairman, American imports quadrupled. The lower inflation rate which resulted from globalization has lessened the pressure on the Fed to pursue a highly restrictive monetary policy. It has been able to fine tune the business cycle far more effectively than in the past. The two recessions resulted from factors which it could not control. The Iraqi occupation of Kuwait produced a large rise in oil prices during 1990 and 1991. The collapse of the internet and information technology bubble during 2001 produced a sharp decline in capital spending. There are a few indicators which suggest the risk of recession is high. Retail employment has declined in five of the past seven months and is now 0.7% lower than it was one year ago. In the past, falling retail employment always signaled a recession. The yield curve is inverted and has become more inverted during the past eight weeks as market concerns about further Federal Reserve tightening have abated. The yield curve is not always an accurate predictor of recession, but it does point to be at least a major slowdown.

The best argument against recession during the next twelve months is the health of the U.S. corporate sector. After seventeen quarters of double digit profit growth, corporate profit margins are at record highs and corporate balance sheets have lots of cash. There is little pressure on firms to slash investment or employment as a result of falling profits. Surveys of business confidence indicate that the executives perceive risk in the outlook but they are not yet alarmed. The economy is also benefiting from strong non-residential construction and buoyant exports. The stock market has rallied to levels close to its previous peak as well. There is little doubt that the housing downturn will dampen both residential construction and consumer spending. The great controversy centers on the speed of adjustment. Will a sharp decline in mortgage equity withdrawals depress consumption quickly or gradually? Will capital spending, exports, and non-residential construction be able to offset job losses in homebuilding, furniture, real estate, and mortgage lending?

The other major gainer from falling gasoline prices could be congressional Republicans. The opinion polls show that there is a striking correlation between gasoline prices and the popularity of President Bush. The sharp rise in gasoline prices during the past year contributed to his slump in the opinion polls. The recent decline in gasoline prices helped to bolster the president’s approval rating to 47% from the mid-30’s. The futures markets also showed a decline in the probability of the Democrats winning control of the House until the Foley scandal broke last Friday. If the Democrats win control of the Congress, the risk will increase of tax increases and protectionist trade policies. If the Republicans retain control, both risks will diminish. The most important consequence of falling gasoline prices could therefore be the impact on public policy in 2007-2008. It could lessen the odds of the Democrats winning a victory large enough to bolster their agenda for policies hostile to economic growth in 2007.