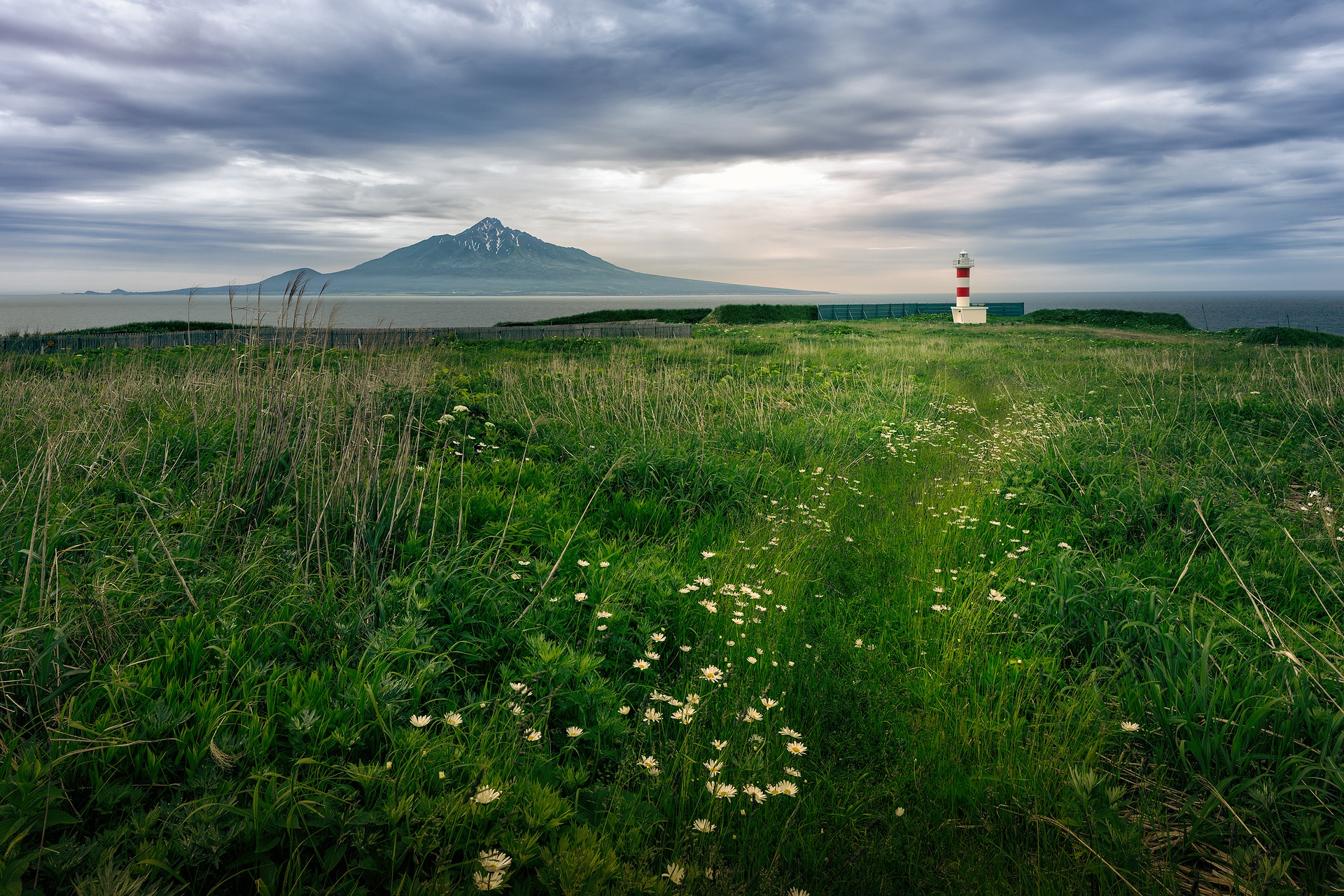 The Global Driver: How Housing Is Driving the World Economy

"One of the most remarkable features of the world economy today is the role of housing inflation in driving the growth rates of the leading English-speaking countries."

One of the most remarkable features of the world economy today is the role of housing inflation in driving the growth rates of the leading English-speaking countries.

The Federal Reserve may also introduce new guidelines for mortgage lending in order to curtail high-risk forms of lending aimed at helping home buyers cope with appreciating house prices. The U.S. housing market now has forms of lending that have not existed since the 1920s. In California, two thirds of new mortgage loans now require interest repayments only while many loans have low teaser rates in the first year. Business Week recently conducted a survey of over two million mortgage loans and found out that 95 percent of the purchase price was borrowed in 38 percent of the loans made this year compared to 34 percent last year. The subprime component of the mortgage-backed securities market nearly doubled in 2004 to reach $401 billion, or 21 percent of mortgage-backed issuance.

Central banks do not ordinarily target house prices, but there is little doubt that they have become a major factor for policymakers recently. Britain has begun to ease monetary policy because of a slowdown in house price inflation and weakness in consumer spending. Australia has also put monetary policy on hold because of slumping house prices after a decade in which housing wealth grew from 176 percent of GDP to 337 percent. New Zealand has raised interest rates because it is experiencing both housing inflation and a full employment economy which is threatening to boost the inflation rate.

South Africa is ignoring its asset inflation because of the central bank’s new obsession with restraining the rand exchange rate. It has risen sharply in value since 2002, eroding the profit margins of both mining companies and manufacturers. Canada has also downplayed the risk of asset inflation because of the sharp appreciation of the Canadian dollar.

The path of house prices in the English-speaking countries will have important consequences for global payments imbalances, not just local economic conditions. Rising house prices have helped to produce current account deficits in the United States, Britain, Australia, New Zealand, and South Africa. The U.S. savings rate is -0.6 percent. The Australian personal savings rate is -4 percent. The New Zealand savings rate is -12 percent. The South African savings rate has declined to only 0.3 percent from 1.5 percent a few years ago and 4.5 percent during the mid-1990s. The Canadian savings is -1 percent but Canada still has a current account surplus because of robust corporate savings and rising oil prices.

What is also remarkable about these payment imbalances is the ability of the English-speaking countries to finance their housing booms with local currency debt. The United States has sold over $280 billion of mortgage-backed securities to foreign investors. New Zealand’s banks now obtain one-quarter of their funding by selling bank CDs to Japanese housewives. Australian banks are large external borrowers from both institutional and retail savers in Asia. South Africa’s high yields have made the rand a popular currency for hedge funds.

The large U.S. current account deficit caused the dollar to decline during 2003 and 2004. Australia’s current account deficit is 7 percent of GDR New Zealand’s is approaching 8 percent of GDP, South Africa’s is nearly 4 percent of GDP, but the markets have been indifferent because all three countries offer high interest rates to fund managers playing the global carry trade. Australia has also benefited from sharp improvement in its terms of trade which will boost both exports and investment as consumption slows. New Zealand’s currency will remain firm in the short term because the Reserve Bank is still raising interest rates in order to restrain inflation, but if the housing market finally crashes the currency will quickly follow. The U.S. dollar has rallied during 2005 because the housing boom is encouraging a large rise in U.S. interest rates, making dollar assets far more competitive with low yields in Europe and Japan. But if and when the U.S. housing market finally cracks, monetary policy will quickly shift to neutral and the dollar’s decline will resume.

There is little doubt that the U.S. housing market has emerged as the great wildcard in the outlook for the global economy. The U.S. housing market is helping to sustain a high level of consumption which is generating export-led growth in China, Japan, and other countries. If the American housing market slumps, personal savings will rise and consumption will slow, depressing the demand for imports. At the Federal Reserve conference in Jackson Hole in August 2005, Fed Chairman Alan Greenspan explicitly linked housing inflation and the low personal savings rate to the large current account deficit. He said weakening house prices would ultimately set the stage for an improvement in both the savings rate and the current account. Mr. Greenspan then produced a report with another Fed economist estimating that households have extracted equity equal to 7 percent of personal income from their property through mortgage refinancing activity.

The good news is that the recent experience of Australia and Britain suggests that the United States may not need to drive interest rates sharply higher in order to curtail the housing boom. Both countries experienced housing slowdowns after only modest degrees of monetary tightening. Australian interest rates peaked at 5.75 percent and British interest rates peaked at 4.75 percent compared to double digit levels of interest rates during periods of monetary tightening during the 1980s and early 1990s. Both countries also have inverted yield curves. Only New Zealand appears to require high levels of interest rates to restrain its property boom. The Australian Reserve Bank believes it was able to stop the boom with only modest rate hikes because consumers are more indebted today than they were during past business cycles.

If the United States can cool its housing market with a Fed funds rate of only 5 percent, it will greatly increase the odds of the American economy enjoying a soft landing during 2006 and 2007. The consumer will be able to slow spending without jeopardizing the impact of strong profitability on corporate investment. There will be little risk of a sharp slump in house prices or an accident among domestic mortgage lending institutions. If the funds rate peaks at 5 percent, there will also be a diminished risk of U.S. monetary policy disrupting the global carry trade which has produced benign lending conditions for emerging market countries, not to mention the external borrowing of Australia, New Zealand, and South Africa.

There is no way of knowing yet when the Fed will achieve a level of interest rates adequate to cool the housing boom and encourage a recovery of household savings. The Fed’s tightening has been partly offset by a decline in the level of bond yields which helps to set mortgage rates. There is increasing anecdotal evidence of unsold homes accumulating in some key regional markets, but home sales remain at high levels while the residential construction share of GDP is at record levels.

At this point, only one thing is certain. The U.S. economy has spent the early years of the new millennium in a series of rotating bubbles between the equity and housing markets. George Bush was re-elected because he presided over more housing inflation than any other American president. During his first term, real house prices rose by 35 percent compared to a previous record of 24 percent for Ronald Reagan’s second term.

The White House selected Ben Bernanke to replace Alan Greenspan in part because of the role he played warning about the dangers of deflation in 2003 and encouraging the Fed to reduce interest rates to levels which further stoked the housing boom. When residential real estate cools, personal savings will rise, consumption will stall, the economy will slow, and the dollar will resume declining. If the Fed is to revive the economy in time for the 2008 presidential election, Mr. Bernanke will probably need to rekindle an equity bubble in order to compensate for wealth losses in the housing market.

The White House selected Ben Bernanke to replace Alan Greenspan in part because of the role he played warning about the dangers of deflation in 2003 and encouraging the Fed to reduce interest rates to levels which further stoked the housing boom.

When residential real estate cools, personal savings will rise, consumption will stall, the economy will slow, and the dollar will resume declining. If the Fed is to revive the economy in time for the 2008 presidential election, Mr. Bernanke will probably need to rekindle an equity bubble in order to compensate for wealth losses in the housing market.