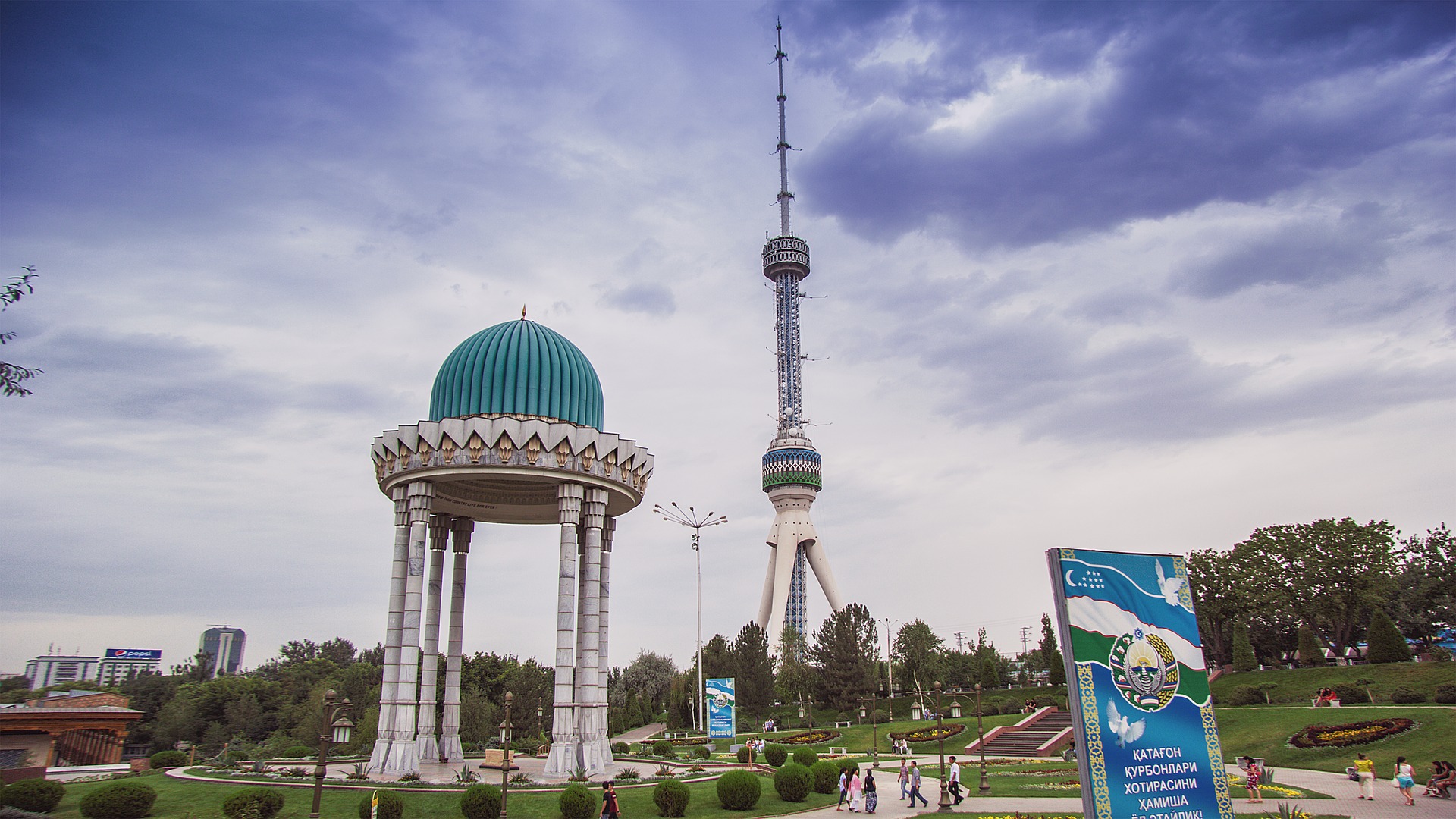 "There are diverse views in the region about the rise of China as a great economic power."

In mid-December, the nations of East Asia and India will hold a summit conference in Kuala Lumpur for heads of government from the region. While many of the leaders will have met only a few weeks before at the APEC summit in Korea, the Kuala Lumpur event will be unprecedented. It will be the first time so many Asian countries have held a political gathering without the presence of the United State or any other great power.

In the 1990s, Prime Minister Mahathir of Malaysia had suggested that the countries of East Asia should form a new political alliance but he was not able to bring them together. The decision to hold the summit this week has resulted from three factors.

The first is the great East Asian financial crisis of 1997-98. This event had a devastating impact on the region. It caused unemployment to rise threefold in Thailand, fourfold in Korea and tenfold in Indonesia. It forced all three countries to turn to the IMF for emergency relief programs and accept numerous constraints on their economic policies. At the time of the crisis, Japan proposed the creation of a new Asian IMF to help countries in the region but the idea was rejected by the U.S. and received little support from China.

Instead, the countries in the region launched a new forum called “ASEAN plus three” to promote regular dialogue between finance ministers and central bank governors. They established $36 billion of currency swaps to help countries suffering from balance of payments problems. The region has also accumulated $2.5 trillion of foreign exchange reserves compared to $500 billion seven years ago, so it is now playing a major role financing the U.S. budget deficit, not just local current account imbalances.

The second factor encouraging the summit is the crisis in the Doha trade round. There is a significant risk that the trade round could fail because of the refusal of France to permit cuts in European farm subsidies.

The East Asian nations have traditionally been strong supporters of the multilateral trading system but as a result of the crisis in the Doha trade round they are now hedging their bets with more bilateral and regional trade deals. Japan signed a free trade agreement (FTA) with Singapore three years ago and is negotiating new ones with Thailand, the Philippines and Korea. China has proposed the creation of an East Asian free trade zone. Australia has negotiated FTAs with the U.S. and Singapore. It is pursuing another with China.

New Zealand has an FTA with Singapore and is seeking one with China. Singapore has signed FTAs with the U.S. and India as well as Japan, Australia, and New Zealand. As with the APEC summit, the heads of government in Kuala Lumpur will call for more progress on the Doha round but they will also actively discuss the Chinese proposals for a regional FTA.

The third factor driving the conference is the re-emergence of China as a great economic power. After two decades of 9-10 percent real GDP growth, China is now playing a more important role in the world economy than at any time since the 18th century, when it accounted for about one third of global output. China’s trade achievements since the 1980s have been daunting. Its exports are now approaching $700 billion and could overtake those of the U.S. and Germany within two years. In the past dozen years, China has attracted over $600 billion of foreign direct investment and now has the third largest stock of FDI in the world after the United States and Britain. Foreign firms have turned China into an export powerhouse and major importer of capital equipment and components for re-assembly with the consequence that a large share of the value-added in the Chinese economy accrues to other Asian countries which supply goods to Chinese manufacturers. As a result, China now has large trade deficits with most Asian countries and accounts for 44 percent of Hong Kong’s exports, 37 percent of Taiwan’s exports, 22 percent of Korea’s exports, 13 percent of Japan’s exports, 11.4 percent of Philippines exports, 8.6 percent of Singapore’s exports, and 7-8 percent of the exports of Thailand, Indonesia, and Malaysia. China has displaced the U.S. to become the leading trade partner of Japan, Korea and Taiwan.

There are diverse views in the region about the rise of China as a great economic power. Japan is apprehensive; it is America’s strongest alliance partner and has tensions with China about issues left over from World War II. The Southeast Asian nations and Australia welcome the trade opportunities offered by China but they also want to maintain a close relationship with the United States. Vietnam fought a war with China twenty-five years ago but is now collaborating with China on many economic issues. India was initially very suspicious of China because of the war they fought in 1962 but the two countries’ heads of government have held numerous meetings since 2001 promising to encourage trade and investment.

Taiwan is nominally in a state of conflict with China but its corporate sector has invested $100 billion on the mainland while ten percent of Taiwan’s labor force now works there. The decision to invite Australia and New Zealand to the conference was part of an attempt by Japan, Indonesia and Singapore to balance the influence of China. Australia is a close ally of the U.S. but has been striving to play a more important role in Asia for several years. The ASEAN countries demanded Australia sign a Treaty of Amity and Cooperation as a precondition for being invited. The Howard government was at first reluctant to sign the treaty but decided it was a modest concession compared to the benefits of being a founding member of the new summit conference. Some Asian countries also regard India’s membership of the group as a further balance to China. The Indians have traditionally not been active in the region because of isolationist economic policies but as a result of the market opening policy which began fourteen years ago they now want to pursue engagement with East Asia.

Washington is concerned that it was not invited to the Kuala Lumpur summit. It also is very apprehensive about China playing a regional leadership role. But the United States has to accept the new economic reality which is evolving in East Asia. China is rapidly becoming the region’s most important market for capital goods, components and commodities. Washington cannot attempt to recreate the Cold War with China because other Asian countries will not join an anti-Chinese alliance. The United States must instead attempt to maximize its influence on China through other channels. There are several ways to restrain Beijing.

First, the United States is China’s most important market. It consumes one quarter of China’s exports and provides China with a $200 billion trade surplus. If the United States suddenly restricted trade with China, it would cause the Chinese growth rate to slow sharply and drive up unemployment in the coastal regions which depend upon exports.

Secondly, China has recently emerged as the world’s leading consumer of most industrial raw materials and second largest consumer of oil. China is concerned about the safety of its commodity supplies and the fact that it depends upon potentially high risk countries, such as the Sudan and Iran, for a growing share of its oil imports. The States should assure China that it will help to protect the country’s supply links and collaborate on policies to improve its access to oil supplies. It should stress that the congressional opposition to the Unocal bid was a one time event and not a precedent for future Chinese attempts to secure reliable sources of energy.

Many in Washington are concerned about China’s growing defense budget and the potential danger it poses to Taiwan. What they should recognize is that China’s growing inter-dependence with the world economy is producing new vulnerabilities which will significantly constrain China’s freedom of action. China exports 38 percent of its GDP compared to only 10-12 percent for the United States, Europe, and Japan.

It depends on foreign companies to produce nearly 60 percent of its exports. It has a rapidly growing dependence on imports of iron ore, copper, oil and other commodities from places as far away as Africa and Latin America. China needs a good relationship with the United States to cope with its new vulnerabilities. Washington should therefore regard the Chinese economic takeoff as an opportunity for cooperation rather than as a threat to its hegemonic status.

The views expressed above are those of the author and are not necessarily those of AsiaMedia or the UCLA Asia Institute. Date Posted: 12/12/2005

Economist David Hale says the December summit was a result of three things — the East Asian financial crisis, the Doha trade round and the China question