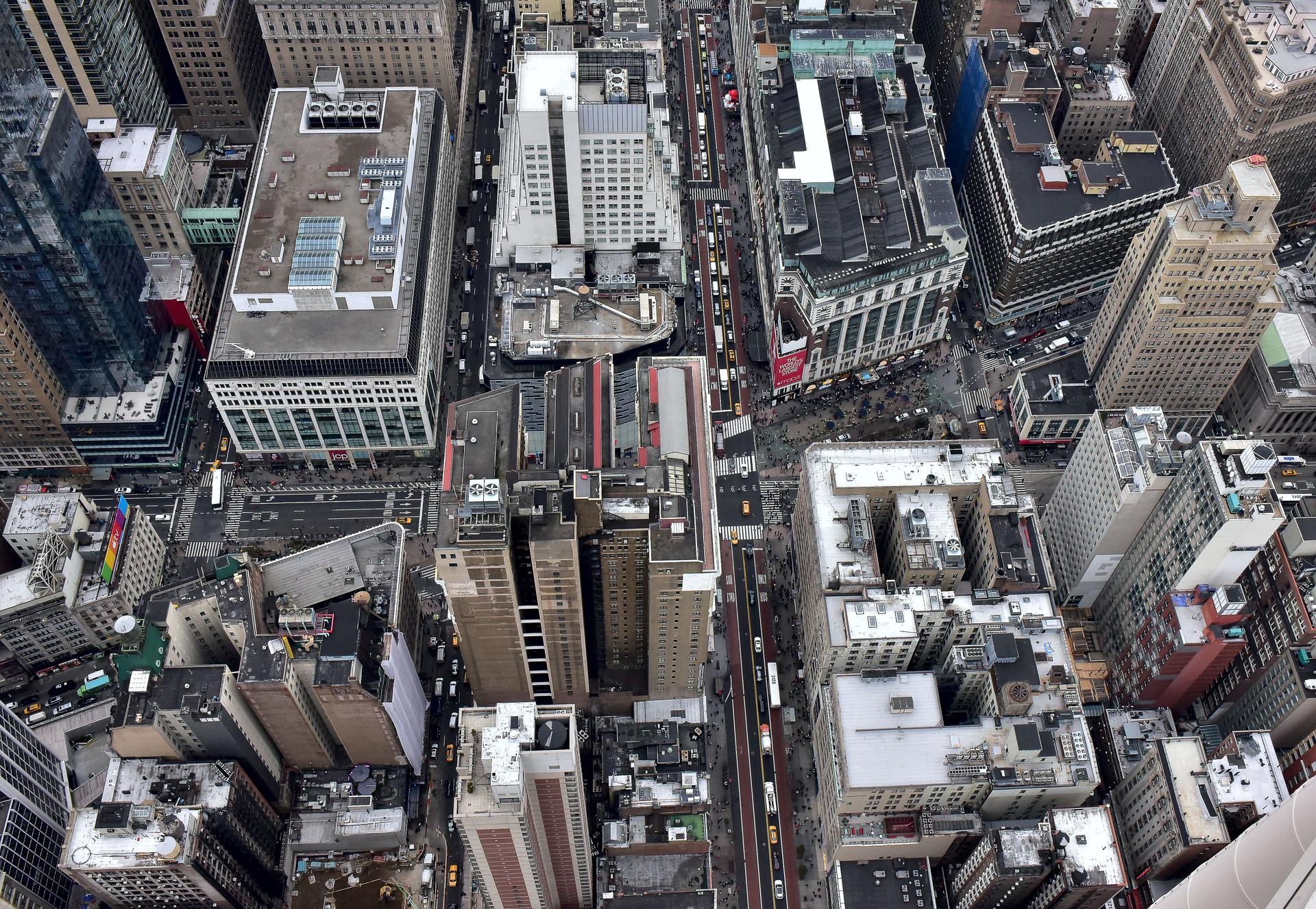 For the US, the Only Way Is Up

"[Forecasters] fear that wealth losses in the equity market and the shock to business confidence could overwhelm the traditional factors driving the business cycle."

The turbulence in equity markets has stoked great concern about the outlook for the US and global economies. Many forecasters are slashing estimates of second half growth to 1 per cent. Some even fear there could be a recession.

However, there have been steep falls in the US stock market in the past without recessions following. It fell 36 per cent in 1987, and real GDP still grew by 4.1 per cent during 1988. But this stock market slide is different. It has been global in scope and it reflects profound concerns about government policy in both the US and Europe. US investors are worried that fiscal policy may be overly restrictive in the short term and not yield effective deficit reduction in the long term. European markets are anxious about sovereign debt risks and the danger they could pose to bank solvency.

There is no question that the US recovery from the severe recession of 2008 and 2009 has been sluggish. In late July, the Department of Commerce published revised estimates of GDP growth during the previous three years. The data show that real GDP fell by 5.1 per cent during the recession in 2008-09 rather than the 4.1 per cent previously estimated. During the eight quarters of recovery starting in mid-2009, real GDP grew by only an annualised average rate of 2.4 per cent compared with gains as large as 6-7 per cent after previous severe downturns. The growth rate of the economy during the first half of 2011 was less than 1 per cent.

Further, the weakness was broad-based. According to Credit Suisse, the strongest sector during the recovery has been exports. They are now 6.0 per cent above the previous cycle’s peak while imports are still slightly below their previous peak. Consumer spending has increased by only 0.7 per cent from the previous high compared with an average of 13.6 per cent during the recoveries from past sharp downturns. Real residential investment is still 38.1 per cent below its old peak against a gain of 25.5 per cent in former cases. Real business fixed investment is also 12.1 per cent below the earlier peak compared with a gain of 9.7 per cent in past recoveries. State and local government spending is 5.2 per cent lower, but the Obama stimulus programme has pushed federal spending 14.8 per cent above the old peak.

The corporate sector slashed jobs and boosted productivity during the recession and early in the recovery. As a result, profits have increased 28.5 per cent from the previous peak, according to Credit Suisse. Labour compensation, in contrast, has grown only 3.1 per cent, compared with 33.1 per cent during past recoveries. This weak income growth has constrained consumer spending.

Still, there are five arguments against a new recession starting in 2011. First, the economy’s most cyclical sectors – housing,  vehicle sales and business investment – are still below their previous peaks. They cannot decline far when they have failed to recover.

Second, interest rates remain at record lows. When the economy experienced a double dip in 1981, Federal Reserve policy was highly restrictive and real interest rates were 8 per cent. Currently, real interest rates are -1.5 per cent compared with an average of 3.4 per cent before past recessions.  Ben Bernanke, Fed chairman, has promised to hold interest rates close to zero for another two years. The yield curve is also positively sloped, whereas it is normally inverted before recessions.

Third, the corporate sector is in robust health. Both profit margins and profits per worker are at record levels, and the corporate sector has nearly $2,000bn of cash on its balance sheet. As a result, there is little pressure to lay off workers or trim capital spending. On the contrary, the 100 per cent first-year depreciation allowance for new equipment purchases has been extended to next year.

Fourth, the household sector has begun to correct balance sheet excesses. It has reduced debt by over $1,000bn. The household debt servicing ratio has fallen from 14.0 to 11.5 per cent, the lowest since the mid-1990s.

There is no question that there are two weak sectors. Housing has not played its traditional role of leading the recovery because of excesses from the previous boom. House prices have fallen by more than 30 per cent in the nation since 2007, and by 45-60 per cent in formerly overheated markets such as Nevada, Arizona and Florida.

There are two million homes in foreclosure and nearly as many that are seriously delinquent. Record low mortgage rates and falling house prices have made homes  affordable but banks now demand much higher credit scores from potential borrowers. This constraint on demand has kept housing starts close to their trough of only around 600,000 units. The multi-family sector has begun to recover because of falling vacancy rates. The single family sector will recover if an expansion of employment produces more eligible borrowers. As the construction industry lost over two million jobs during the downturn, any upturn could generate considerable jobs gains.

State and local governments are the economy’s other weak sector. The recession produced large fiscal deficits, which forced the loss of over 600,000 jobs. Tax receipts are now improving but they will not return to 2008 levels until 2013, so states will run an aggregate deficit of over $100bn during the year ahead. These deficits will lead to further job losses.

What are the wild cards? The major risk to growth during the year ahead is fiscal policy. The Obama administration’s budget, published in February, projects fiscal drag equal to 3.9 per cent of GDP during fiscal 2012. There will be tax increases equal to 2.2 per cent of GDP as tax cuts enacted in December 2010 expire. There will be spending cuts equal to 1.7 per cent of GDP as the Obama stimulus programme unwinds. One of the largest cuts is aid to state and local governments. This will fall from $59bn in the year ended 30 June to only $6bn in the new fiscal year. This support has helped the states to cope with large fiscal deficits. The loss could force them to lay off another 100,000 workers after shedding more than 150,000 jobs in the first half of the year.

The president attempted to reverse this fiscal drag by proposing new tax cuts and spending programmes last month. His proposals had a value of $447bn. They included an extension and increase of the payroll tax cut from 2.0 to 3.1 per cent, a 50 per cent reduction in the employer’s payroll tax for a firm’s first $5m of wages, a further 12 months’ extension of unemployment benefits and an extension of the 100 per cent first-year depreciation allowances. The spending proposals included $80bn for infrastructure investment and the creation of a new infrastructure bank with $10bn of capital. The president also wants to give state governments an additional $35bn of aid to lessen the risk of lay-offs. The proposals are equal to nearly 3 per cent of GDP and  would more than offset the fiscal drag in his original budget. What is unclear is how House Republicans will respond.

The other great risk is the volatility of the equity markets. It has contributed to large declines in both household and business confidence. If consumers now slash spending or firms cease to hire new workers, the economy’s growth rate could dip from 2.5 per cent in July to 1.0 per cent or less during the third and fourth quarters. Retailers are especially vulnerable because the largest gains in spending during the past year have come from high-income people who have benefited from the rally in equities since March 2009. They could curtail their outlays.

The fiscal drag projected for 2012 and the recent equity volatility have increased pressure on the Fed to pursue an accommodative monetary policy. The Fed has long promised to restrain interest rates for an extended period but, in agreeing at the August FOMC meeting to hold interest rates close to zero until mid-2013. it is the first time it has made a commitment for two full years.

Many investors have been speculating that Bernanke might also resurrect the Fed purchases of a large volume of government securities. He introduced such a policy in 2009 to fight the crisis and again during late 2010 to lessen the risk of a double dip. He is reluctant to return to this approach because the core inflation rate has risen to 1.8 per cent from only 0.6 per cent when he reintroduced the policy last November. The move also drew strong criticism from  central bankers in emerging markets, who believed it was designed to promote dollar devaluation. If the economy suddenly appears likely to slide into recession, Bernanke will revert to securities purchases in an attempt to show that the Fed can do something. But as the yield on government bonds is already close to 2.0 per cent, and nudging a record low, it is doubtful that a new round would have much effect.

The US is also not an economy in isolation. It has enjoyed robust export growth during the past two years, so there is concern about debt in Europe and the fact that many developing countries have had to hike interest rates in order to restrain inflation. The cheap dollar has made US goods very competitive, but export growth could ease from double-digit rates to 6-8 per cent if the global economy slows.

There was optimism in January because Congress had agreed to a large fiscal stimulus programme and the Fed was pursuing a highly accommodative monetary policy. Three headwinds then buffeted it – a large rise in oil prices, the impact of the Japanese earthquake on vehicle production and inclement winter weather. As these negative factors started to fade in June, forecasters expected growth to rebound. The July employment, retail sales and durable goods orders data did, indeed, suggested that the economy was rebounding.

The recent equity turmoil has made forecasters cautious again. They fear that wealth losses in the equity market and the shock to business confidence could overwhelm the traditional factors driving the business cycle, such as monetary policy, corporate profits and bank lending policies. If they do, 2012 will go down in the history books as the first time that the Americans talked themselves into a recession.
David Hale is an editor of What’s Next?: Unconventional Wisdom on the Future of the World Economy, and chairman of David Hale Global Economics Inc.

The writer is an editor of “What’s Next?: Unconventional Wisdom on the Future of the World Economy”, which can be found online at whatsnextbook.com, as well as Chairman of David Hale Global Economics.