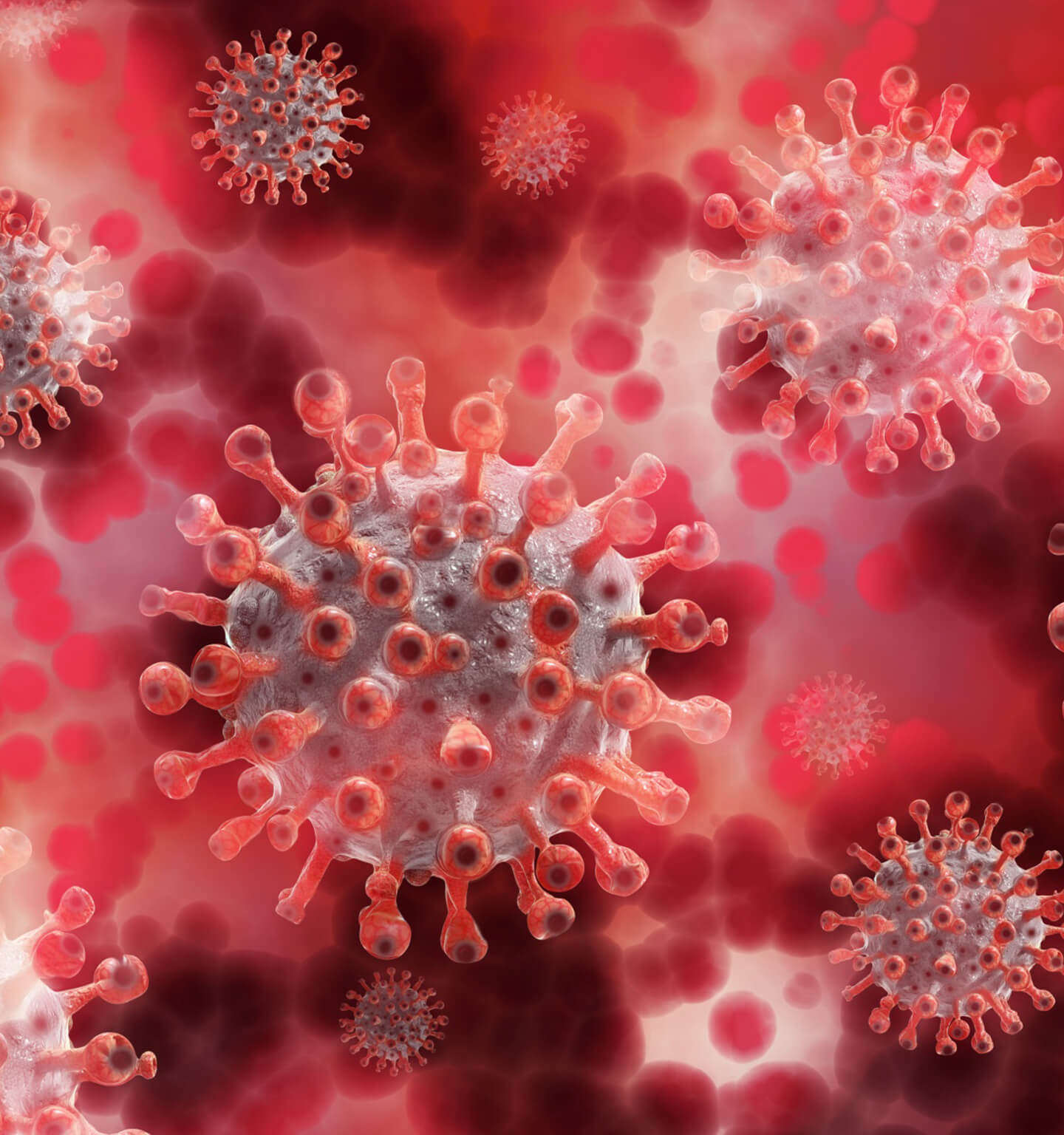 A new ‘Roaring Twenties’ may be worse than Covid

On a triangular shaped patch of grass, at Hope Cemetery in Barre, Vermont, USA, sits a five-ton granite bench, about five feet high and three feet deep. Etched into the front of the bench are the words, ‘1918 Spanish Flu Memorial. Over 50 million deaths worldwide.’

Remarkably, it is one of the few memorials in existence that commemorates this great tragedy. It was erected a few years ago, in 2013, by a local restauranteur named Brian Zecchinelli, to commemorate his grandfather, Germinio, who had succumbed to the flu a century earlier. While researching his ancestor’s death, Germinio was astounded to learn there were no memorials to the Spanish flu, except for the odd plaque or gravestone inscription.

Indeed, worldwide there are no public memorials, cenotaphs or statues to mark this momentous event. This is despite the fact the virus infected one in three people on the planet and killed up to 100 million. The plague is barely mentioned in the archives compared to, say, the two world wars, which has led some historians to label the Spanish Flu ‘the forgotten pandemic’.

The reason for this collective amnesia, some theorists suggest, is that pandemics don’t make for good story telling. They don’t involve a great moral test like, say, a battle against fascism. Nor do they feature larger-than-life heroes or villains who are driven by powerful motives. Rather, they are invisible, faceless enemies that strike randomly without a purpose; other than to reproduce as quickly as possible. They inflict their carnage stealthily and gradually, and so don’t produce pivotal dramatic scenes. There are no tumultuous battles decided by heroic individuals whose names resonate through eternity. Nor are there indelibly traumatic flashbulb moments like the assassination of John F. Kennedy, or the fiery disintegration of the space shuttle Challenger, or the mind searing images of 9/11.

‘A mass illness does not invite that kind of remembering’ explained Jonathan Freedland, writing in The Guardian, ‘The bereaved cannot console themselves that the dead made a sacrifice for some higher cause, or even that they were victims in an epic moral event, because they did not and were not. To die of the Spanish Flu…is to have suffered the most terrible bad luck.’

Another reason that pandemics are quickly forgotten is because of what medical scholars call ‘contagion guilt’, whereby survivors are concerned they may have inadvertently infected their friends or family, or precipitated their death. Rather than blame themselves, it’s easier to forget the pandemic ever happened. Even when people do recall a pandemic, they don’t do so like wars or other mass remembrances. 'We remember them individually, not collectively,’ says historian Laura Spinney, ‘Not as a historical disaster, but as millions of discrete, private tragedies.’

For all these reasons, it is understandable that after 1918, when the Spanish flu began to fade, and the first world war ended, many people wanted to move on as quickly as possible and forget the horrors of the preceding years. There was no appetite to erect sombre monuments to a plague. The survivors were more interested in celebrating being alive and looking forward again. Many immersed themselves in pleasurable pursuits, and became swept up in the ‘Roaring Twenties’; an exuberant era characterised by rampant consumerism, jazz bands, frivolity and flappers.

This period of hyper-frenetic activity, however, did not end well. It generated so much reckless behaviour and financial speculation, that it led to the Great Depression, which in turn, precipitated the dire social conditions in Germany, that paved the way for the rise of Hitler, fascism and World War Two. The world had been so eager to leave behind the trauma of World War One, and to forget about the Spanish Flu, that it soon created even bigger catastrophes.

A century later, we now find ourselves in a similar position to that of our forebears in the early 1920s.

‍We too are struggling to emerge from a global pandemic, while simultaneously, the last Western troops are being withdrawn from Middle East war zones, marking the official end of the twenty-year-old war on terror. There will, no doubt, continue to be flare ups – both in terms of military conflicts and virus outbreaks caused by new variants such as Omicron. But there is a growing sense that it is only a matter of time before Covid becomes an endemic disease, like so many others we live with; at which point, the outlook will turn positive.

In fact, some economists are already predicting a new boom-time and talking about a 21st century version of the ‘Roaring Twenties’. ‘The post-lockdown economy has absolutely begun,’ declared Jaimie Dimon, CEO of the giant JPMorgan Chase bank. ‘It's going to be a boom, and it could last for years.’ This rosy view was echoed by investment bank Goldman Sachs, which predicted the US economy would grow at ‘a sustained pace not seen in more than 30 years.’ Business Insider magazine suggested that the post pandemic world ‘will see the biggest boomtime in a generation, potentially ushering in a new era.’

We should be cautious, however, about rushing into a new ‘boom time’, and trying to return to the old ‘normal’ of the pre-pandemic era. Because the reality is that our world was not in good shape before the virus struck – far from it, in fact. We faced environmental degradation, rising authoritarianism, a growing distrust of science and rampant inequality. Many of us had been blissfully unaware of these dangers, because were so wrapped up in our own lives that we ignored the bigger picture. We took our democratic freedoms for granted, and believed in the gospel of the free market and its promise of perpetually rising living standards. We retained a blind faith in our elected leaders and the elites who guide them. We were lulled into a false sense of security by the notion that we humans would act in our own best interests. More recently, we have become seduced by digital technologies and social media that enable us to, in effect, curate our own version of reality. We saw only what we wanted to see.

The pandemic changed all this.

It jolted us out of our collective stupor and showed us how things really are – the yawning inequality, systemic racism, hyper partisanship and environmental vandalism. The longer the virus stayed with us, the more it revealed, until it became impossible to deny the truth – that our civilisation is in a precarious state. It’s a shame that it took such a potent cocktail of disruptive forces to open our eyes, but we humans are masters of wilful denial, and so a less traumatic wakeup call would probably not have worked. In our personal lives, we know that it often takes a shock to force us to modify our behaviour – such as a seizure or a disturbing blood test result. The same principle applies collectively, and indeed, globally.

This giant wake-up call, would not last, however.

Now we are being urged to put the blinkers back on, and to resume our old lives as soon as possible, with the help of the vaccines. Our political and business leaders want us to get over this bump in the road, and return to ‘normalcy’.

Indeed, this is the exact same message our ancestors heard a century ago. In 1920, the newly elected President of the United States, Warren G. Harding, implored his nation to return to ‘normalcy’ and quickly move on from the Spanish Flu and World War One. There was nothing wrong with the old ways, he declared. ‘There isn’t anything the matter with world civilization, except that humanity is viewing it through a vision impaired in a cataclysmal war. Poise has been disturbed, and nerves have been racked, and fever has rendered men irrational.’ The solution to this myopia, Harding argued, was, ‘not heroics but healing; not nostrums but normalcy.’ (emphasis mine). America ‘needs not revolution but restoration’. That is, a resumption of the pre-pandemic era and a return to the status quo.

As a result of these exhortations, and subsequent policy decisions by the Harding administration and other governments, the lessons of the Spanish Flu were never learned, and the hubris of the Roaring Twenties led to financial collapse, social upheaval and global conflict. The collective amnesia about the pandemic was so complete that, as discussed earlier, there is not a single significant memorial to the Spanish Flu anywhere on Earth.

Now, at the dawn of the 21st century, we are in danger of repeating this tragic history by ignoring what the Covid19 pandemic has to teach us. The consequences of this willful blindness may be even worse that the early 20th century experience, because our technical progress has ensured that events can unfold much faster, especially negative ones. The digital nervous system that now runs our world is febrile and vulnerable to cyber shocks, and tends to magnify the impact of disruptions. Also, our natural environment is now acutely fragile, and our modern weapons are existentially deadly. Today, there is far less margin for error. Hence, we cannot afford a repeat of what happened early last century.

Hopefully, we can learn from the Covid19 pandemic, and harness the shock of the past few years to make some fundamental changes that will put our world on a more sustainable path.

‍The virus has swept many old certainties aside, and temporarily made our systems and structures more malleable.  We can use this flexible period, which the philosopher Gershom Svholem calls ‘the plastic hours’, to take bold actions that will have lasting consequences.  ‘If we move at this moment,’ he explained, ‘real change will occur’.

In historical terms, we have arrived at a hinge-point, when the choices we make now will profoundly affect the centuries that follow. We cannot afford to waste this moment, because the window for change will close again, as the vaccines are rolled out and politics reverts to more traditional norms. Then we will be stuck with whatever choices we have made – or didn’t make. What we do next really matters. Therefore, we must choose wisely and, at times, courageously, in order to set a new path.

If we don’t change course, we are likely to face the same fate as the Mayans, Anasazi, Akkadians, Harappa, Romans and dozens of lesser-known civilisations, who ignored the warning signs around them and subsequently collapsed, or entered into precipitous decline.

Fortunately, many scientists, philosophers, economists, environmentalists and public policy experts have been grappling with our seemingly intractable global challenges for years, and now see an opportunity to bust through the inertia and make real progress.

I have been fortunate to recently interview many of these ‘problem solvers’ and have documented their recommendations in my new book, ‘What we do next really matters’. The observations expressed in this work are often controversial, but that is the point – to encourage out-of-the box thinking. It is not possible to solve big problems by using the same mindset that created them. It is clear we can’t go back to the old ways of doing things.

We have to set a new direction – not just for ourselves, but also for the generations who come after us.

When John McCain definitely withdrew support from the Graham-Cassidy health care bill on Friday, he most likely also extinguished any hope of Congressional tax reform before 2018. Or did he?
Robert Madsen

The United Kingdom has opted out of the European Union and will find it difficult to reconsider that decision. The focus in London will accordingly now shift to reorganizing discredited political parties, forming a new government, managing the Scottish problem, and then, probably, beginning the two-year process of leaving the EU.